For when you need the right people on your side

What do we do?

If you’ve been charged with a motoring offence and may be facing a ban, our experienced lawyers can help you to avoid the worst.

We have experience of dealing with a wide range of driving offences, from drink driving to speeding, and can give you advice and assistance at every stage of the process.

We are skilled at persuading courts not to impose penalty points and disqualifications.  In the case of a criminal trial, we’ll take the time to understand whether or not you have a defence and will ensure that the court is made aware of your version of events.

At Silks, our role is to offer calm, friendly and professional advice. Options, costs and timescales will be discussed before we start work for you. In everything that we do for you, we will explain using the plainest language we can. It is our job is to ensure you feel completely at ease.

Driving without due care and attention carries less severe penalties than dangerous driving but the outcome can be no less serious.  A charge of careless driving may not automatically lead to a severe penalty or ban but it is essential that you take advice from an expert as soon as possible in order to mitigate the result of any charges.

The term careless driving, or driving without due care and attention, is very broad and applies to standards of driving that range from momentary lapses of concentration or judgment such as changing a CD in your car, through to driving that borders on being dangerous. Typical examples include: running a red light, overtaking at speed, driving too close to another vehicle, losing control of a vehicle due to speed or mishandling.

Whatever the situation, we can talk you through your case and advice you on the most appropriate steps to take.  Don’t hesitate to talk to one of our specialists on 0121 511 2233.

The penalties for drink and drug driving are severe and can include driving bans and fines, even imprisonment.  It is crucial that you act quickly in order to build an effective defence if you are charged.

If you have been stopped by the police on suspicion of drink or drug-driving, our Solicitors will be able to provide you with specialist advice and it’s important to speak to us as soon as possible; the sooner we can begin to gather information about your case, the stronger your defence will be.

Our experienced solicitors will provide representation to you throughout proceedings from the time that you are notified of an offence through to the conclusion of your case. Call us on 0121 511 2233.

If your driving has fallen “far below” the level of what is careful and competent in the eyes of the law, you may be charged with dangerous driving.  Dangerous driving is a serious offence that can carry severe penalties.

Dangerous driving charges often follow aggressive driving, racing, tiredness or police chases, and fall into two broad categories: driving without due care and attention, and driving without reasonable consideration for other road users.  Other examples of dangerous driving include: dangerous overtaking, using a mobile phone, ignoring road signs and traffic lights, and knowingly driving a vehicle with a dangerous fault.

The severity of the penalties given to individuals found guilty of dangerous driving charges depends on factors such as how much the driver is to blame, the harm caused by the offence, and in which court the case is heard.  Potential penalties include fines, driving bans and custodial sentences of up to two years.

Speaking to one of our specialists as soon as possible will allow them to gather information about your case to give you the best chance of either proving your innocence or reducing the penalties against you.  Call us on 0121 511 2233.

If you’ve been notified that you have committed a speeding offence, and are facing a fine or a charge, you may have legal questions or want to oppose it.  Depending on the severity of the offence, penalties can vary between fine, penalty points, driving disqualifications, or revocations of licences.

There are various defences to speeding charges but you cannot contest a case without understanding the law.  Possible defences that can be argued in speeding cases depend on the facts but may include: signage, expired time limits, speed camera functionality or factual defences.

For you to be convicted of a driving offence, it needs to be proven that you exceeded a speed limit.  Speaking to one of our experienced Solicitors can put you in the picture as to whether or not you may have a defence.  Call us as soon as possible on 0121 511 2233.

The price for our motoring offence services are £950 +VAT for a standard case as described below (including careless driving, drink or drug driving, speeding and dangerous driving).

An example of a typical case, what the fee includes and doesn’t include, and the key stages of the process are outlined below.

The fee does not include:

The key stages of your matter are based on the presumption that you have entered a guilty plea and have a date for your hearing. 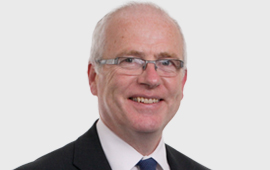 If you want to find out more please get in touch