Lasting Powers of Attorney and Abuse 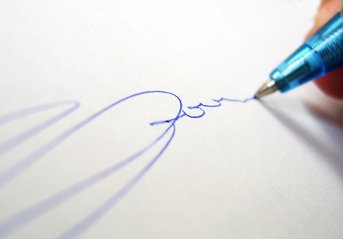 At the weekend The Sunday Times ran an article warning readers that “Powers of attorney can transform loving kids into crocodiles”, referring to a case where a niece invested nearly £90,000 of her aunt’s money in a reptile breeding business. The article also referred to a man who paid off his mortgage with his father’s money, a son who went on a spending spree with his mother’s debit card the tune of £30,000 before putting her in a care home (where she was unhappy) without paying her care fees.

These are clear examples of abuse and breach of an attorney’s duty which is to keep the best interests of the person on whose behalf one is acting at the forefront of each and every decision made on their behalf whether it is investing their money, selling their home or paying bills. All of these things may be authorised by a Lasting Power of Attorney (LPA) for Property and Finances, and in the case of the putting into an unsuitable care home by a LPA for Health and Welfare, but only if the actions are carried out in the best interests of the person whose money it is. If capacity has not been lost the attorney must help the person who has granted the power to make the decision for themselves. An attorney cannot make any decision for Health and Welfare unless capacity is lost.

Money cannot be used to benefit the attorney who is only entitled to claim out of pocket expenses such as mileage, postage and possibly the instruction of a professional where advice is needed, for example to complete tax returns etc. Gifts are also a no-no unless following the normal pattern such as gifts for special events such as birthdays and Christmas. Large gifts to anyone should only be made with the authority of the Court of Protection.

There has been an alarming rise in investigations into reported abuse under LPAs and recently judges have not been slow in naming and shaming those abusers. Furthermore, in cases where clear abuse of powers has taken place the attorney can be removed and made to repay the money.

If you have concerns about the way a person is being treated or their money is being used and a Power of Attorney is involved, you should report the matter to the Office of the Public Guardian who will investigate your concerns. If there is no LPA and you remain concerned about abuse this can be reported to the Local Authority as a safeguarding issue. Sometimes attorneys breach their powers unwittingly, at other times is it a deliberate attempt to enrich themselves and take advantage of the vulnerable. Either way, it is the responsibility of the attorney to understand the extent of their powers and act responsibly and within the scope of such powers.

At Silks, we believe that clear advice at the outset about how to set up your LPA choosing appropriate attorney/s with proper safeguards, authority and preferences, can protect many of the sorts of abuses outlined above from ever occurring. We also often meet the proposed attorney/s and will explain the duties and responsibilities and the penalties and risks of not acting appropriately under the power. By taking proper advice and setting out the LPA correctly any risk of abuse later may be reduced, if not eliminated.

If you are thinking about making a Lasting Power of Attorney call our friendly and experienced team for proper advice. Don’t delay, call Silks today.